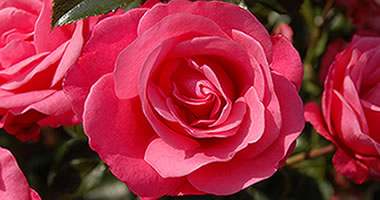 Your "What's New" content includes an image that 'AUTO' scales. No need to resize the image, the CSS style sheet will resize the images for you, once rendered in your web page. 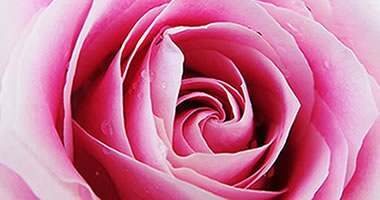 The Recent Events content includes an image that 'AUTO' scales. No need to resize the image, the CSS style sheet will resize the images for you, once rendered in your web page.

Definitions.  As used in this Declaration, unless the context otherwise requires, the terms hereinafter set forth shall have the following meanings:

1.3       "Beneficiary".  A mortgagee under a mortgage as well as a beneficiary under a deed of trust.

1.4       "Common Area". That portion of the Property designated as "Common Area" on any plat or plans of record filed hereafter or on any amendment hereto, such being intended to relate back to this Declaration and to be governed hereby. The Common Area so described does not include the Golf Course or any tennis court, pool, club house or auxiliary properties attendant to the operation thereof, hereinafter sometimes together referred to as "The Golf Course, Etc.

Any reference to "Common Open Space" contained in The Cordova Club P.D. plans or plats, whether of record or not, is for identification only and is not intended to create or evidence a commonality of use or ownership. No Lot Owner shall have any interest whatsoever in the Golf Course, club house, tennis courts, pool, or other recreational facilities. All of such facilities and the real and personal property attendant thereto are exclusively owned by Essenjay and Associates, Ltd. and any successor or assign of Essenjay's choosing.

1.5       "Common Expenses". Those expenses incurred in furtherance of the duties of the Association in its lawful operations, including but not limited to, the maintenance and upkeep of the Feature Areas.

1.6       "THE CORDOVA CLUB P.D."  The planned development known as THE CORDOVA CLUB P.D. bearing number 88-337CC with the Office of Planning and Development of Shelby County, Tennessee along with all plats, maps, documentation and amendments thereto duly, legally and properly created upon such being filed in the Office of the Register of Shelby County, Tennessee either at the time of the recording of this instrument or thereafter. As of the time of the recording of this instrument, CORDOVA CLUB P.D. is recorded at Plat Book 131, Page 68 and at Plat Book 133, Page 43.

1.7       "Declarant". The Declarant named herein or its assigns or such successor or successors who or which succeed to the interests of the Declarant, either in whole or in part, including but not limited to a successor acquiring an interest (i) upon foreclosure of a Mortgage upon the Property under which the Declarant is a grantor or (ii) as grantee under a deed in lieu of such foreclosure.

1.8       "Declaration". This Declaration of Covenants, Conditions and Restrictions together with any validly executed and authorized supplement or amendment hereto recorded in the Register's Office of Shelby County, Tennessee.

1.9       "Dwelling Unit". A structure situated upon a Lot designed for use and occupancy for residential purposes and for ancillary uses as garages or storage sheds.

1.10     "Exhibit". An attachment to this Declaration so labeled, each of which shall be deemed incorporated in this Declaration as though set forth in full in the Section in which each such Exhibit is referred to.

1.11     "Family". One or more persons each related to the other by blood, marriage or legal adoption, or a group of not more than four (4) persons not all so related, together with their domestic servants, who maintain a common household in a Dwelling Unit.

1.12     "Feature Areas". (a) The Common Area, (b) all landscape, fences, walls and hardscape areas situated in The Cordova Club P.D. within the Common Area or any easement area devoted to such areas and (c) all roadway median strips or areas within Cordova and Appling Roads located on The Cordova Club P.D. Such areas do not include private drives or common areas established by Owners within a private area.

1.15     "Improvements". All structures and appurtenances of every kind, whether above or below the land surface, including but not limited to, buildings, outbuildings, roads, driveways, parking areas, fences, screening walls, walkways, utility systems, landscaping improvements, retaining walls, stairs, decks, hedges, windbreaks, exterior fixtures, plantings, planted trees and shrubs, poles, signs and any other structures or landscaping improvements of every type and kind built or placed on the Lots. It is intended that the Improvements reasonably meant for the Owner of a particular Lot will lie entirely within said Lot.

1.16     "Lot". One of the subdivided residential lots, whether improved or unimproved, designated by Arabic number owned in fee simple and situated in Shelby County, Tennessee as set out on THE CORDOVA CLUB P.D. as defined herein and hereafter amended and all improvements thereon and all appurtenances and hereditaments appertaining thereto.

For purposes of Section 4.2 hereof, the Lots are assigned the following designations and definitions:

A Lot - Any Lot which is greater than eighty (80) feet in width when measured along its front building setback line. Such lots may also be referred to as "90' Lots."

C Lot - Any lot which is fewer then fifty (50) feet in width when measured along its front building setback line. Such Lots may also be referred to as "45' Lots."

1.17     "Mortgage". Any mortgage, deed of trust or other assignment, pledge or security instrument creating a lien or encumbrance intended to secure a debt on any Lot, and "Mortgagee" means any grantee, beneficiary or assignee of a Mortgage.

1.18     "Owner". The Person or Persons, being the owner or owners of record of a Lot in fee simple including the Declarant so long as any Lot, as hereinafter defined, is owned by Declarant. Such definition specifically excludes, however, that Person or Persons having such interest as security for the performance of an obligation.

1.19     "Person". An individual, corporation, partnership, combination, association, trustee or any other legal entity.

1.20     "Project". The Property together with all Improvements made thereon.

1.21     "Property". All that real property situated in Shelby County, Tennessee described on Exhibit A attached hereto and incorporated herein by reference, along with all the appurtenances and hereditaments thereunto belonging or in anywise appertaining.

1.22     "Public Purchaser". A purchaser of a Dwelling Unit and/or Lot who is unrelated to Declarant or to any corporation, partnership, joint venture, or other business entity in which Declarant has an ownership or beneficial interest or over which Declarant exercises contractual or other control relating to the improvement, development or sale of the Property.

1.23     "Single-Family Residential Area". All of the Property designated as a single family residential area (or any reasonable variation thereof) as shown on The CORDOVA CLUB P.D. and any validly executed and authorized amendments thereto, filed in the said register's office.

1.24     "Single-Family Residential Use". The occupancy and use of a single-family Dwelling Unit in conformity with this Declaration and the requirements imposed by applicable zoning laws or other state or municipal laws, ordinances and/or regulations.

1.25     "Tenant". The Person that is the tenant occupying a "Lot" under a bona fide, permitted lease with the Owner.

1.26     "Unbuildable Natural Drainageways". Those areas within the Property which are designated "unbuildable natural drainage ways" (or any reasonable variation thereof) on any plat or map of THE CORDOVA CLUB P.D. recorded in the Office of the Register of Shelby County, Tennessee at any time before or after the recording hereof in which construction within or alteration of water drainageways is either forbidden or restricted by statute, ordinance, regulation, rule or agreement.

... The information contained herein is provided for "informational purposes" to residents, realtors, and new buyers. ...

... Covenants, Resolutions and Bylaws are available to download and print from the Top Menu....